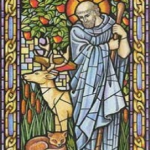 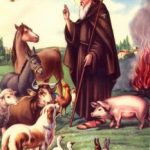 Catholic Concern for Animals is currently undertaking a visit to the United States to participate in an Animal Welfare themed Catholic Retreat and to discuss Animal Welfare and Animal Rights issues with a number of key individuals in the US including Catholic Theologians, senior Academics, important Animal Welfare groups and campaigners and also to attend a key US Animal Welfare Conference.

CCA will be explaining our work throughout the world including the US but crucially will also be listening to United States Animal Welfare experts and practitioners for their perspective and ideas and to understand the current status of Animal Welfare and Animal Rights and this is particularly important at this time following the recent election of US President Trump.

President Trump has made a number of statements during his election campaign and indeed issued some Executive Orders since his election victory in the area of Animal Welfare policy which we are keen to understand more about and not least we wish to update ourselves on his current attitude and the United States Government policy towards the 2015 United Nations Climate Change Conference (COP21) which was of great importance in the preparation for and publication of Pope Francis’s Encyclical Letter, Laudato Si ‘which is of course a crucial statement of Catholic Social Teaching for all Catholics including CCA.

CCA Conference – Animal Advocacy in the Era of Laudato Si’ – All Welcome!