Help us work for the animal creation

leave a legacy to Catholic Concern for Animals

Build with us a compassionate world

Statement on the Ukraine 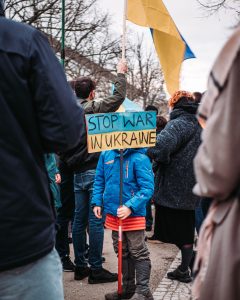 Catholic Concern for Animals views with horror the  recent invasion of Ukraine.

CCA calls on the Russia Federation to immediately halt its war against Ukraine.

We call for support for those countries who are generously and unquestioningly taking in and harbouring refugees and their companion animals from the conflict. We particularly thank and welcome those countries who have accepted companion animals alongside their human partners. We urgently request that all other nations provide immediate and sustained support for the dispossessed humans and animals in this conflict, that all nations welcome and support refugees, human and animal.

We ask for all that is possible to be done to protect and safeguard all of God’s creatures who remain in Ukraine, and to support and nurture all those who have fled. 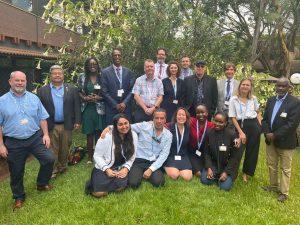 CCA is delighted to be in Nairobi, Kenya at the United Nations Environment Assembly (UNEA 5.2) which is taking historic decisions for global Animal Welfare.

Chief Executive Chris Fegan said “This is a truly breakthrough event where we are seeing the UN adopt an Animal Welfare Resolution for the first time ever in its history and which should have major positive implications for Animal Welfare for decades to come. CCA are very proud to be playing our role in achieving this along with all our great Animal Advocacy colleagues”.

The resolution aims to put animal welfare and health on the 2030 Agenda for Sustainable Development by recognising the nexus between animal welfare, the environment and sustainable development.

CCA has noted the recent comments by Pope Francis concerning human parenthood in which he also discussed the role of companion animals in people’s lives. These comments have been interpreted by many to be an attack on the guardianship of companion animals and have caused serious concern, upset and even anger, which has been drawn to CCA’s attention.

CCA believes that loving and caring for nonhuman animals is as worthy and as important as loving and caring for humans, particularly at a historical time when humans are causing so much ecological destruction and animal suffering. Sharing life with animals can greatly enhance human experience and can elevate our humanity by teaching us compassion towards those who are more vulnerable and whose cries all too often go unheard. This is particularly the case when animals are rescued from cruelty and neglect, and CCA commends those who dedicate their life to relieving animals’ suffering and those who open their homes to animals in need.

A full statement on this by CCA’s Chair, Prof. Clara Mancini can be read here.

About Catholic Concern for Animals

Our Mission is the advancement of Christian respect and responsibility for the animal creation with special reference to Catholic teaching and beliefs.

The charity meets its objective of advancing Christian respect and responsibility for the animal creation through the production of its magazine, The Ark, which is issued three times a year, and through its website and social media outreach. The Chief Executive promotes the work of the charity by engaging with other organisations and giving presentations.

The charity provides a public benefit by producing educational material and giving talks on the empathetic treatment of animals, based on the teachings of the Catholic Church, which gives a moral benefit to the human community.

The charity has a high impact by informing and educating on the issues of Animal Advocacy among the Catholic world population at all levels, from the Vatican as the Catholic Church’s highest institution to individual Catholics throughout the world. The Charity also works very closely with other Animal Advocate organisations and individuals worldwide.

CCA is a founder member of the Animal Interfaith Alliance